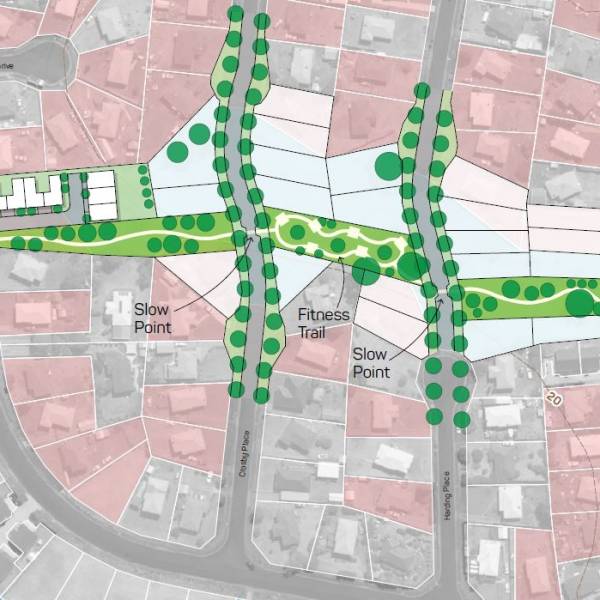 The Bridgewater Gagebrook Master Plan was developed to direct a better housing future for the communities of Bridgewater, Gagebrook and Herdsman’s Cove in Tasmania. It provides for a new urban form that is socially responsive and economically pragmatic, underpinned by collaborative and coordinated inputs from Centacare Evolve Housing, the Tasmanian Government and Brighton Council.

Bridgewater Gagebrook and Herdsman’s Cove are existing areas of predominantly public housing designed on Radburn Principles. In this setting, the existing layout has an absence of CPTED and lacks connectivity. The area generally has lower than average SEIFA scores.

Holmes Dyer worked in partnership with Not-For-Profit community housing provider Centacare Evolve Housing, the Brighton Council, Tasmanian Government, and private suppliers of goods and services to develop, and engender support for, an integrated urban and social master plan that addresses the complexities of:

The Bridgewater Gagebrook Master Plan listened to its most critical stakeholders, translated the context into a compelling case for change, and provides a series of plans and actions to: