Private or Public – Who Should Own Our Parks? 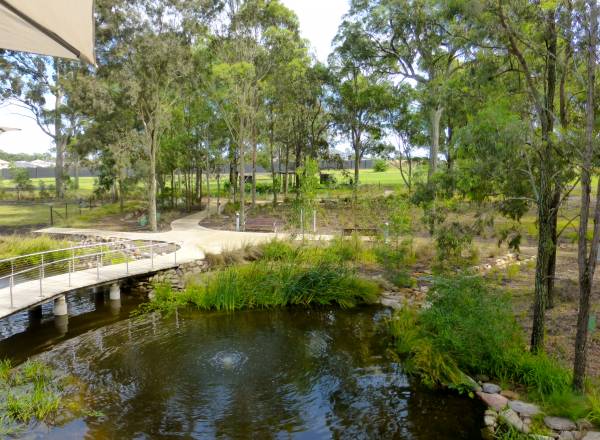 Everyone wants high quality public realm. Open space and recreation facilities are highly valued by the community, but they come at a cost. In New South Wales increasingly these are private facilities operated by Stata/Community schemes.

Here we take a look here at the pros and cons.

In Sydney’s south west a developer was granted approval to extend a residential development, however the area includes some significant woodland. The EPA required it to be retained and managed. Council concurred. Not surprisingly no-one wanted to pay. The solution – put it into a community scheme. The problem was the future residents whilst no doubt valuing the bushland would be unlikely to be willing to pay the amount required for its upkeep. There had to be a sweeter deal to ensure the project could be commercially viable. The deal became the creation of a significant community hub including a common area, restaurant, gymnasium (complete with a PT), tennis courts, amphitheatre, swimming pool complex, and barbeque areas. A facility coordinator was also included.

The bushland is open to all, but the facilities are provided for the exclusive use of the residents of the corporation.

The result is a high end residential development with high quality facilities. The corporation manages the facilities (which are immaculate) and the Council provides the majority of other traditional services including some of the public realm maintenance such as sporting fields and garbage collection.

The bushland is saved and the residents content; seemingly a win:win situation.

This area is a ‘community’ suburb. Residents have a choice of apartments (mainly in five storey buildings), town houses and two storey-detached dwellings. In buying into the suburb, people purchase a community scheme that includes foreshore land, an Oval and extensive suite of community facilities, tennis courts, gymnasium, swimming pools, restaurant, and club. The club facilities are for the exclusive use of the residents. These residents also own and maintain the roads (which operate as part of the public road network providing connectivity throughout the wider area). The residents own and maintain an area of foreshore that must be open to the public to enable connectivity through the site. These residents also fund their own garbage collection. Seemingly, people are happy notwithstanding that they still pay the same Council rates as other residents whilst maintaining roads and providing garbage collection. Seemingly an interesting situation and perhaps not so win for the residents.

An infill development. It is well located with respect to public transport and is a good reuse of a former industrial site. It is at densities higher than the surrounding area (3-4) storeys but still not high density. To achieve an approval as part of a VPA this developer provided a public park as part of a community scheme. This park must be maintained by the development (ie residents of the development) and is subject to an easement allowing full public access in perpetuity. These residents pay Council rates and provide a public space for their neighbours

These are just three case studies; many more could be referenced.

The facilities and parks provided by community schemes are well maintained and typically very well used.  As a former Council CEO I was amazed. Where scheme members have exclusive access this is seen to have some longevity. However, where sections of the community are providing services and facilities for the wider community it will be interesting to see the long term implications.