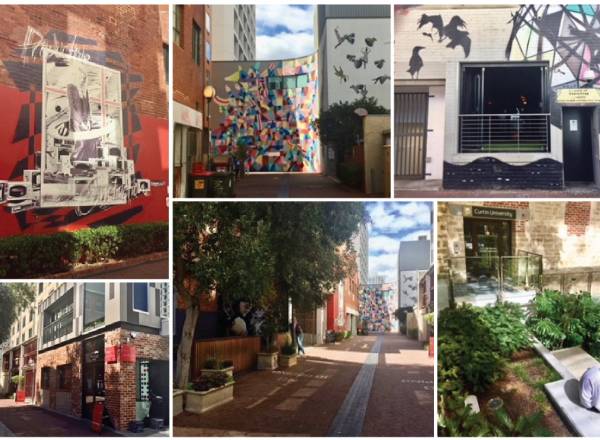 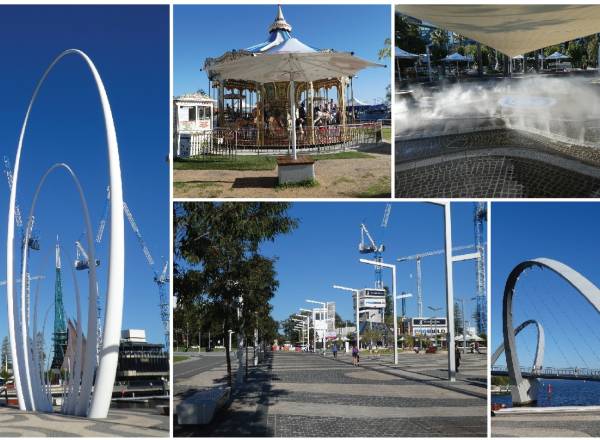 The most recent Holmes Dyer study tour visited Perth late in 2017 for its annual study tour.  A short three-hour flight and we alighted (about the same time as when we left Adelaide) in one of the world’s most isolated but exciting Cities.

Along with staples such as the holistic development of new communities and innovative infill and transport, this study tour focused heavily on activation and public spaces.

What was quite surprising is Perth’s amazing labyrinth of laneways and buzzing public spaces.  Developed both organically and strategically (Perth City Council developed a laneway strategy in 2008) these laneways not only provide surprises at each turn (cafés, shops, bars, restaurants and great murals) but they also provide an efficient and effective connections around the City.

This connectivity now links Elizabeth Quay to the CBD.  Indeed, the slogan for the Quay is “The Quay.  The City.  Together again.”

The concept being to bring the water to the City.  Previously this was an underused (almost no-one’s land) open space area that separated the Swan from the CBD by several hundred metres.  Managed by the Metropolitan Redevelopment Authority, Elizabeth Quay is undergoing a major transformation.  This “space” is now the premier waterfront to the Swan.  The Quay is a vibrant mixed-use precinct including an active ferry terminal, playgrounds, an impressive water feature, one of the most “posted in selfie” sculptures in Australia, community spaces, pop ups, chill out spaces, and bars.

Upon completion the development will also include short and long term accommodation which will provide a ready made population to support the continued development and vibrancy of the space.

When next in Perth be sure to check out the rooftop bar!